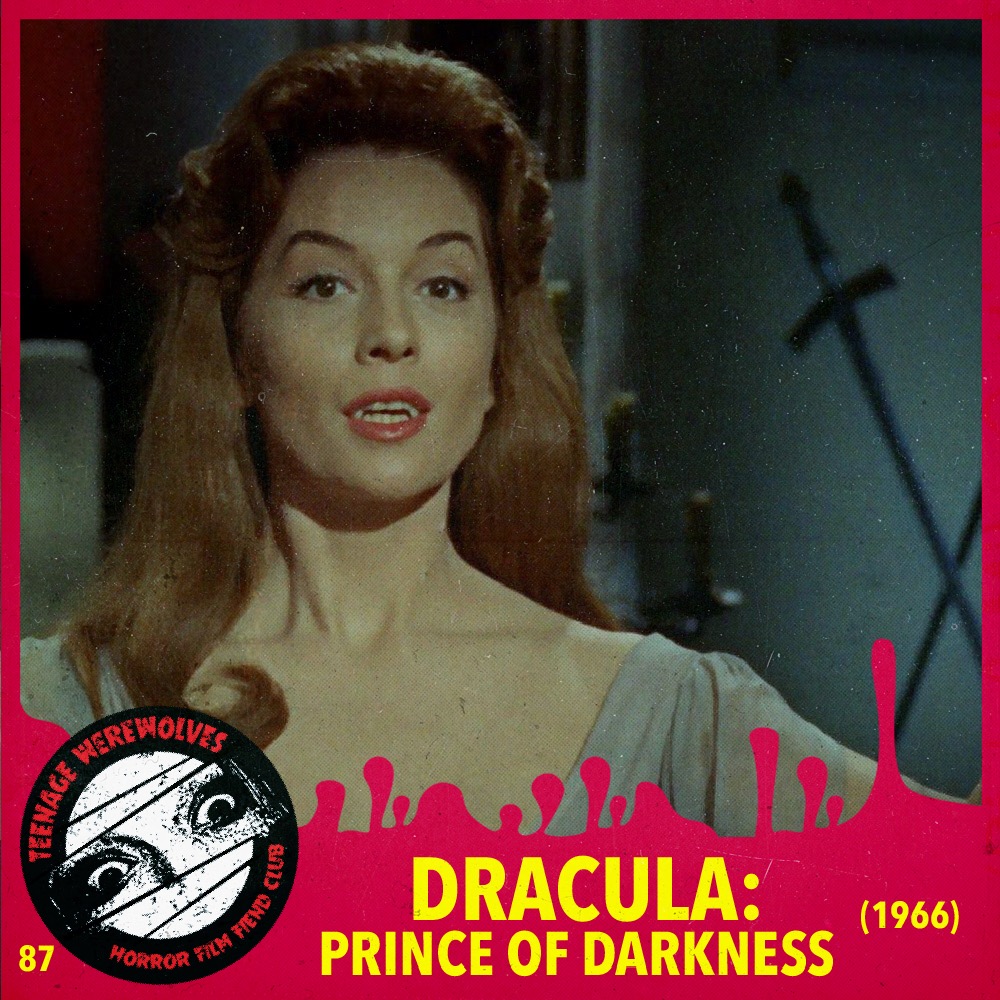 “After a reign of terror spanning more than a century, the king of the undead was finally traced to his lair high in the Carpathian Mountains…”

Beautifully photographed in Techniscope and directed by the ever-dependable Terence Fisher, Hammer’s 1966 DRACULA: PRINCE OF DARKNESS revives not only the vampiric dead, but the Count himself.

Christopher Lee begrudgingly dons the cape and fangs once again, but does so with one eerily effective addendum to Sangster’s script: the omission of any dialogue whatsoever, delivering an intensely feral-but-mute Dracula, whose savage sexuality is made all the more potent; he is far more creature than “man” in this installment. Six years have passed since the cinematic cult of Dracula was destroyed on-screen, but Hammer’s dark fairy tale continues; and though some may dismiss this as repetitive horror hokum, the film is a strong one, boasting some spectacularly unsavory gore and new, inventive alterations to the oft-tread proceedings. Rather than revisit the worn textbook of all things nosferatu, Lee’s Count is revived via an impressively graphic exsanguination, and Dracula meets his expected-but-still-untimely end at the hands of a rifle and a river current, consigning the lord of the dead to a watery sleep in the icy deep. Contrivances, maybe, but creative nonetheless.

The absence of Cushing’s Van Helsing is, of course, a loss, but Andrew Kier’s gruffly austere Father Sandor casts a fairly weighty shadow within the picture. Barbara Shelley as the uptight and fussy Helen Kent, however, is the real standout here; there is something so smolderingly potent about watching her turn from a repressed, Victorian shrew into a red-hot, voluptuous vixen from beyond the grave. Her eventual end, too, carries some heavy symbolic weight as we sense that it’s the sexually liberated woman as a whole — not just Helen — getting staked at the hands of the rationalist patriarchy. Pair this one with TWINS OF EVIL for a night of misbegotten misogyny at the hands of the Cloth, Fiends. Sink your cinematic fangs in deeply, Creeps…and we’ll see you on the other side!