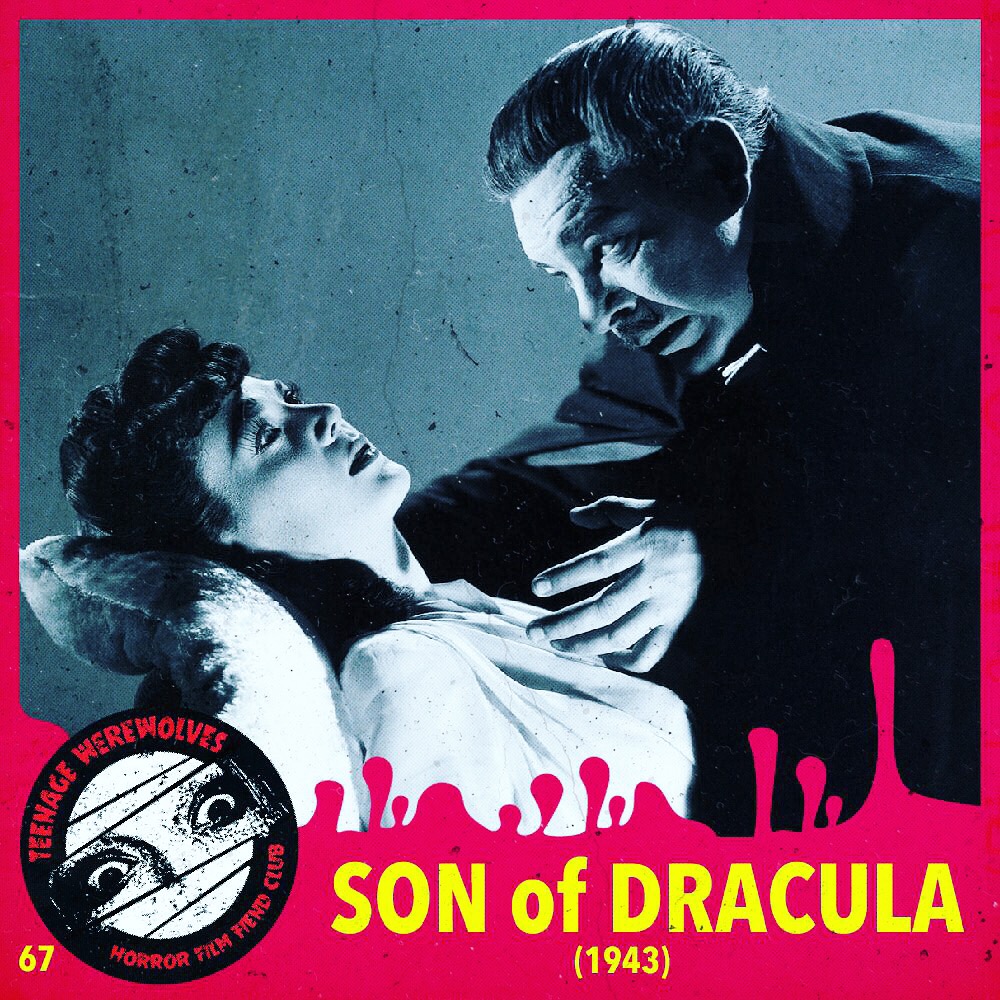 “Isn’t eternity together… better than a few years of ordinary life?”

On this day in 1943, and in a highly-stylized credit sequence, a giallo-esque glove wipes at cobwebs to reveal the title card of Siodmak and Siodmak’s SON OF DRACULA, perhaps hinting at the melodrama and fatalistic nuances to come.

An effective film rife with atmospherics and wonderful sets pieces (Dark Oaks, Queen Zimba’s lair, and the swamp’s drainage-tunnel are especially potent), this Chaney-outing is set apart from the other Universal monster pictures of the 40’s primarily due to its anchor in supernatural noir, rather than an out and out horror programmer. Despite the Southern Gothic overtones that do generate genre-familiarity for the audience, the cynical attitudes, sexual motivations, and the echoes of the hardboiled detective novel are much more on par with the classic Hollywood crime dramas, which is partly what makes this film such an intriguing one. Louise Allbritton’s Kay Caldwell is a femme-fatale cut straight from the pages of a Chandler novel, but with far more insidious underpinnings, what with her dark designs on immortality and all. Some have criticized her performance as lacking the necessary sensuality and being little more than a “blonde in a black wig,” but we disagree—her icy portrayal creates something strange and elusive; something as perversely alluring as her destructive behaviors, and rendering her both detached and…well…sexually magnetic, despite actually seeming legitimately undead. Chaney puts on a damned good show, but is miscast here—it’s hard to take his impending physical presence for what he claims: an anemic, starved, bloodsucking aristocrat, forced to the soils of the New World in search of waning sustenance; he’s far more the brawny brute of the well-fed working-class. In the end, this does allow Chaney, however, to portray all four of the anchor monsters of the Universal stable within his storied career: the Wolf-Man, Dracula, the Frankenstein Monster, and the Mummy—so no real arguments here with regard to casting, as a willful suspension of disbelief is a common prerequisite.

Find the time to sink your fangs into this one if you’ve never had the chance—its heavy leanings on the trappings of film noir create a neo-gothic foray into the twilight world that demands far more attentions than it gets.