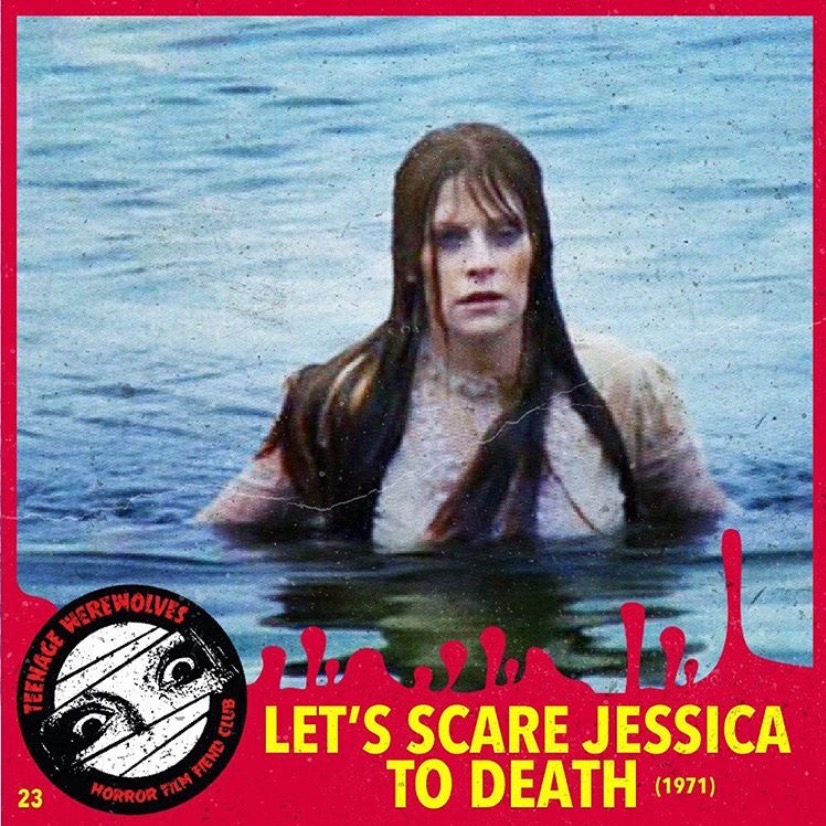 “Dreams or nightmares? Madness or sanity? I don’t know which is which.”

High on atmospherics and ambiguity, but low on budget, John D. Hancock’s directorial debut — the strangely mesmerizing LET’S SCARE JESSICA TO DEATH, released in the summer of 1971 — evokes a pathos and dread that are one-million Connecticut country miles from the jump scare.

This cinematic slow burn plays with a classic and beloved archetype of the genre in a fresh way and places it in the heart of the rural scene — the less said here the better, however, as this is a film that unfurls itself in minor movements, movements that are best discovered without overt discussion. The bucolic hideaway of the farmhouse and its acres of orchards, neighboring fields, and the small, out of the way towns all somehow become as disorienting and disturbing as Jessica’s mental state. This eerie exploration of a woman’s mind — in this case, an increasingly delicate one — treads the familiar fictional grounds of feminist authors like Kate Chopin and Shirley Jackson, where structures and situations become indelible metaphors with which to unpack the lives of the women they surround…and entrap.

Though the title may suggest a sorority prank gone awry or some epic cinematic bloodbath of exploitative proportions, in actuality Hancock’s film is neither of these — it’s a frightening meditation on the fragility of the mind, our surroundings, relationships, and the familiar but sinister dichotomy between the established “simple folk” and the newcomer. Like Hooper’s THE TEXAS CHAIN SAW MASSACRE which would rip into America three years later, this one bids a bloody farewell to the free-spirited, flower generation of love, replacing it with an unnerving rigidity of the past, of American traditions that, by the early 1970’s, were seemingly in danger of becoming societally extinct. The disdain for the next generation is pervasive and pronounced in so many sequences, adding a layer of existential horror that seems to suggest that the intersection of the past and the present is as mysterious and harrowing as the loose intersection betwixt sanity and madness.

The exciting news of an upcoming blu-ray release of Hancock’s film, courtesy of Scream Factory, couldn’t be better timed, as this is an under-seen cinematic pleasure that’s lacked a proper release for far too long. Horror fans that have yet to fall under its spell are in for something special, and those seemingly picaresque rural lanes of your mind’s eye might just get a jolting re-appraisal.