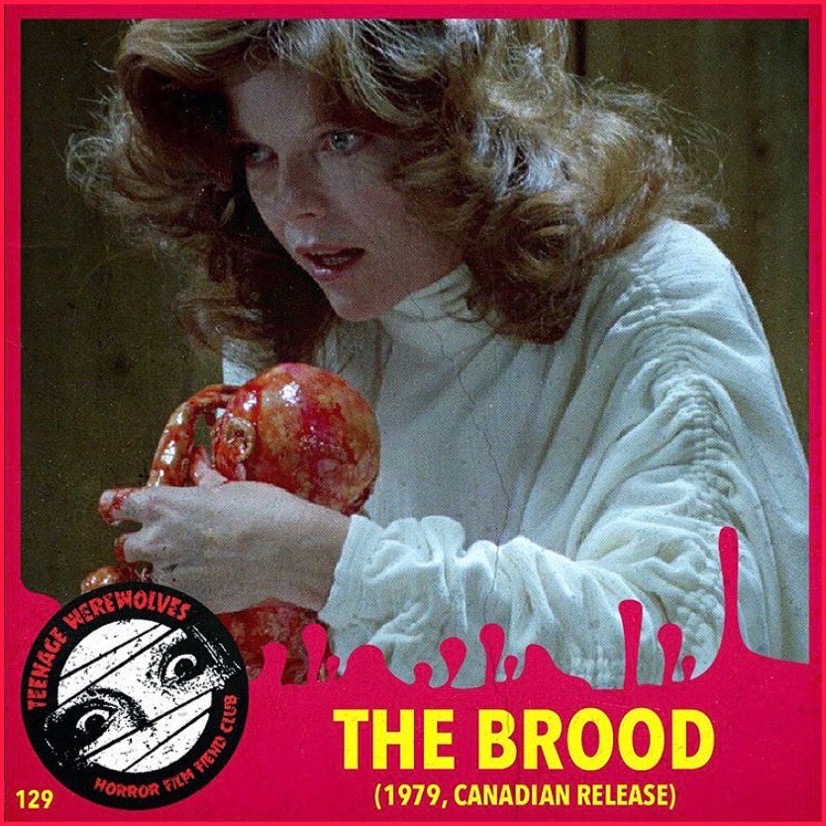 “They’re her children. More exactly, they’re the children of her rage…”

On this day in 1979, Canada saw the release of the psychological monster show that is THE BROOD. One of Cronenberg’s most personal films (purportedly influenced by the atrocious aftermath of his own crumbling marriage), THE BROOD is a mind-bending exploration of rage, the then-burgeoning new-age movement, the hidden perils of parenting, and the dark end of divorce…and it’s a slice of celluloid which remains as potent as ever, still so emotionally and physically brutal.

There is so much to love about Cronenberg’s warped rendition of — in his own words — KRAMER VS. KRAMER but far “more realistic” (Rickey). THE BROOD simmers and boils over with grotesqueries both literal and metaphorical, and plays out as an insidiously effective domestic drama-gone-wrong that is as chilling as the atmospheric, Canadian climes cinematographer Mark Irwin captures in camera. The visual effects provided by Rick Baker are still unsettling efficacious — as is Howard Shore’s “Shape of Rage” suite which powerfully orchestrates the — and the performances from both Oliver Reed and Samantha Eggar are absolutely arresting. Like the character of Mike Trellan who, in the film’s opening sequence, externalizes his emotional and psychological hurt, Cronenberg’s THE BROOD seems to be the cinematic manifestation of his own feelings, serving as an exercise both in poetry and brutality. It is a film that adheres to the isolating emotional coldness of Cronenberg’s earlier output, and yet this time the subject matter of the disintegrating familial structure is most certainly anchored in an overt thematic sensitivity to the human drama, and it is the landscape–a wintery, rural Canada (and the resulting color palate) — which infuses THE BROOD with its frigidity, while simultaneously encasing the plight of the Carveth family in the icy climes of oppressive grief. The physical manifestation of Nola Carveth’s rage, birthed  parthenogenetically through her treatments under Dr. Raglan’s care, are themselves children of abuse and rage, metaphorical parallels to what young Candy Carveth (and under children like her) will more than likely become; those shots of Candy and the brood in their snowsuits, boldly arresting against the Ontario snows, make the eventual comparison undeniably clear. Several critics have made much of Cronenberg’s probing into issues of femininity and feminine power, arguing that the “mad scientist” archetype explores the “woman as monster” in a typically misogynistic and horrifying manner, on par with such male-directed films as CARRIE, THE REPTILE, ALIENS, THE EXORCIST, and 1932’s CAT PEOPLE. There are, of course, additional ways to read the body-horror underpinnings of THE BROOD, perhaps as an examination of the repressive — and oppressive — forces that Oliver Reed’s medical man (along with both her father and husband) attempts to exert upon Nola’s body and mind. By adjusting our perspective ever so slightly, external forces such as these can easily be seen as monstrous in and of themselves, placing Nola’s construct of woman, wife, daughter, and mother in the familiar territory of victimhood — her birthing and subsequent “rage-offspring” are merely the vehicle with which Nola can finally make herself seen and heard, transforming in to an overtly physical power to be reckoned with. We cannot ignore the fact that, for the most part, Eggar’s Nola is absent for most of the narrative: She tends to be a “woman discussed,” often existing as an interpretation on the periphery, quite literally unseen and unheard like so many women before and after her. One can make much of this critical interpretation, especially in light of the modern social stratum of the gender politic and the chasms it continues to create. Finally, though often interpreted as another example of Cronenberg’s tendency to couch his moments of horror in the perverse, Nola’s act of licking her offspring contains an element of true beauty: A woman comfortable with and empowered by, her emotions…lovingly nurturing them with a tenderness both humanizing and fierce.

David Cronenberg’s THE BROOD signifies a shift in the director’s thematic approach to filmmaking, indicating the far more personal and emotionally saturated interpretation of THE FLY seven years later. THE BROOD is a devastatingly effective film, demanding a myriad of revisitations…though, perhaps keep in mind you may need a session or two of therapy after those credits roll.