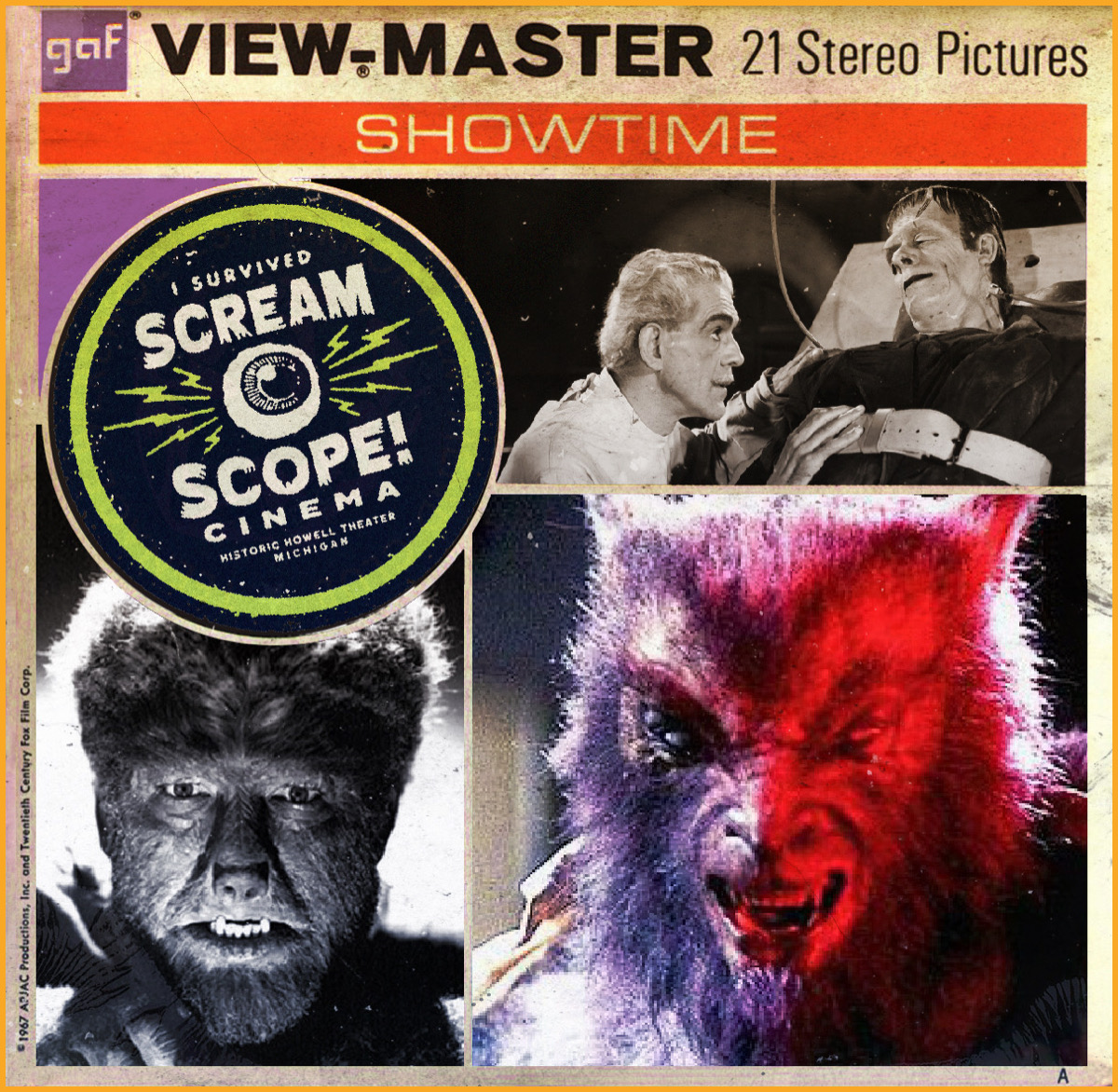 The TWHFFC’s SCREAM-O-SCOPE! CINEMA has returned to the land of the living! Monsters never go out of season, Fiends, and because this past Halloween seemed to get the short end of the spooky stick, SCREAM-O-SCOPE! CINEMA is proud to keep the Monster Mash going with a triple-feature screening of THE WOLF MAN, HOUSE OF FRANKENSTEIN, and THE MONSTER SQUAD…because you’re never too old to believe in things that go bump in the night.

THE WOLF MAN (1941) 7 PM: Culled from screenwriter Curt Siodmak’s experiences as a German-born Jew fleeing the occupation, and rife with the classic Greek structure and Aristotelian arc, THE WOLF MAN stands as a darkly powerful, atmospheric fairy tale where man and beast converge and a lycanthropic silver screen legend is born. Most of what we take to be the mythos of the werewolf was established by this classic film directed by George Waggner, starring Lon Chaney Jr., Evelyn Ankers, and Claude Rains.

HOUSE OF FRANKENSTEIN (1944) 8:15 PM: Directed by Erle C. Kenton and  written by Curt Siodmak, this unabashed monster-rally is essentially a sequel to FRANKENSTEIN MEETS THE WOLF MAN released the previous year, and brings Boris Karloff back to the fold (portraying the mad Doctor Neimann opposite Glenn Strange’s Frankenstein Monster). Lon Chaney Jr. dons the yak-hair and grease paint once more, where a myriad of famous monsters cannot stop him from finding a way to erase his lycanthropic existence once and for all.

THE MONSTER SQUAD (1987) 9:30PM: You know who to call when you’ve got ghosts, but what do you do if you’re besieged by monsters? Writers Fred Dekker (NIGHT OF THE CREEPS) and Shane Black (LETHAL WEAPON) resurrect the monster rally in what they’ve described as a modern version of “The Little Rascals Meet the Universal Monsters.” This one is an unadulterated gem from the 80’s, existing as a peerless companion to THE GOONIES and a pre-cursor to STRANGER THINGS.