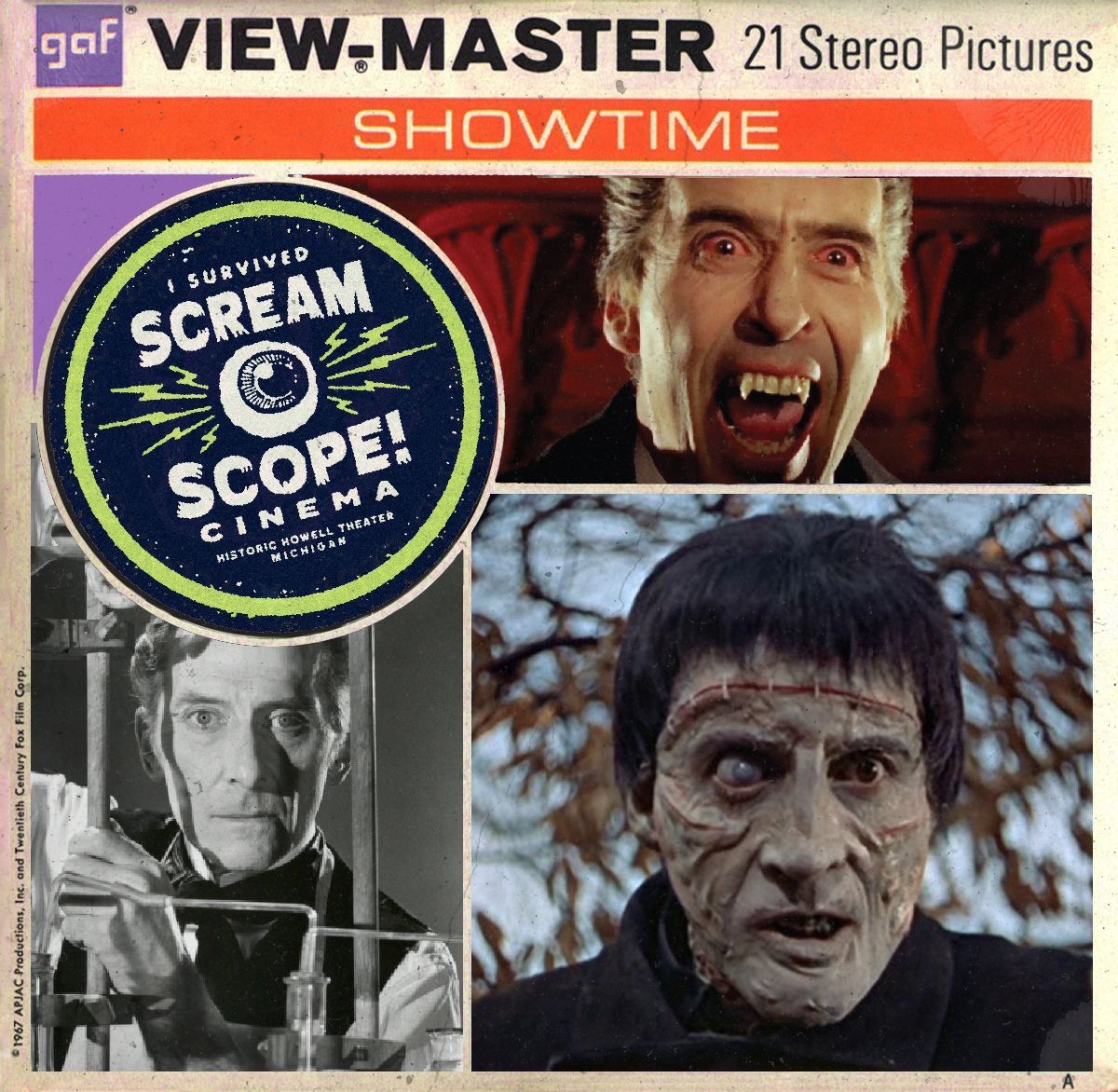 “BLOOD, BODICES, and BRAY STUDIOS”: A HAMMER HORROR DOUBLE-FEATURE w/ THE HORROR OF DRACULA & THE CURSE OF FRANKENSTEIN

Founded in 1934, Hammer Films is best known for its potent gothic horror films produced during the late 1950s until the 1970s, beginning with THE CURSE OF FRANKENSTEIN in 1957 and arguably concluding with 1976’s TO THE DEVIL A DAUGHTER (though its initial explorations of horror can be traced back to 1955’s THE QUATERMASS EXPERIMENT, directed by Val Guest). Hammer’s sumptuous productions reinvented classic horror characters, often putting their own spin upon the mythologies and aesthetics as a way to reinterpret familiar nightmares in vivid color for an entirely new generation of monster fans. Though the Hammer pantheon is a varied stable rife with all manner of things that go bump in the night, SCREAM-O-SCOPE CINEMA! proudly presents two of Hammer’s most popular productions starring Peter Cushing and Christopher Lee, and both produced in partnership with Warner Bros.: the aforementioned THE CURSE OF FRANKENSTEIN and 1958’s THE HORROR OF DRACULA (simply titled DRACULA in the UK)! Welcome to an unmitigated world of bodices and blood, when Britain’s Bray Studios boasted a myriad of cinematic beasts all hell-bent on draining you of all your technicolor blood. Drink deeply, Film Fans!