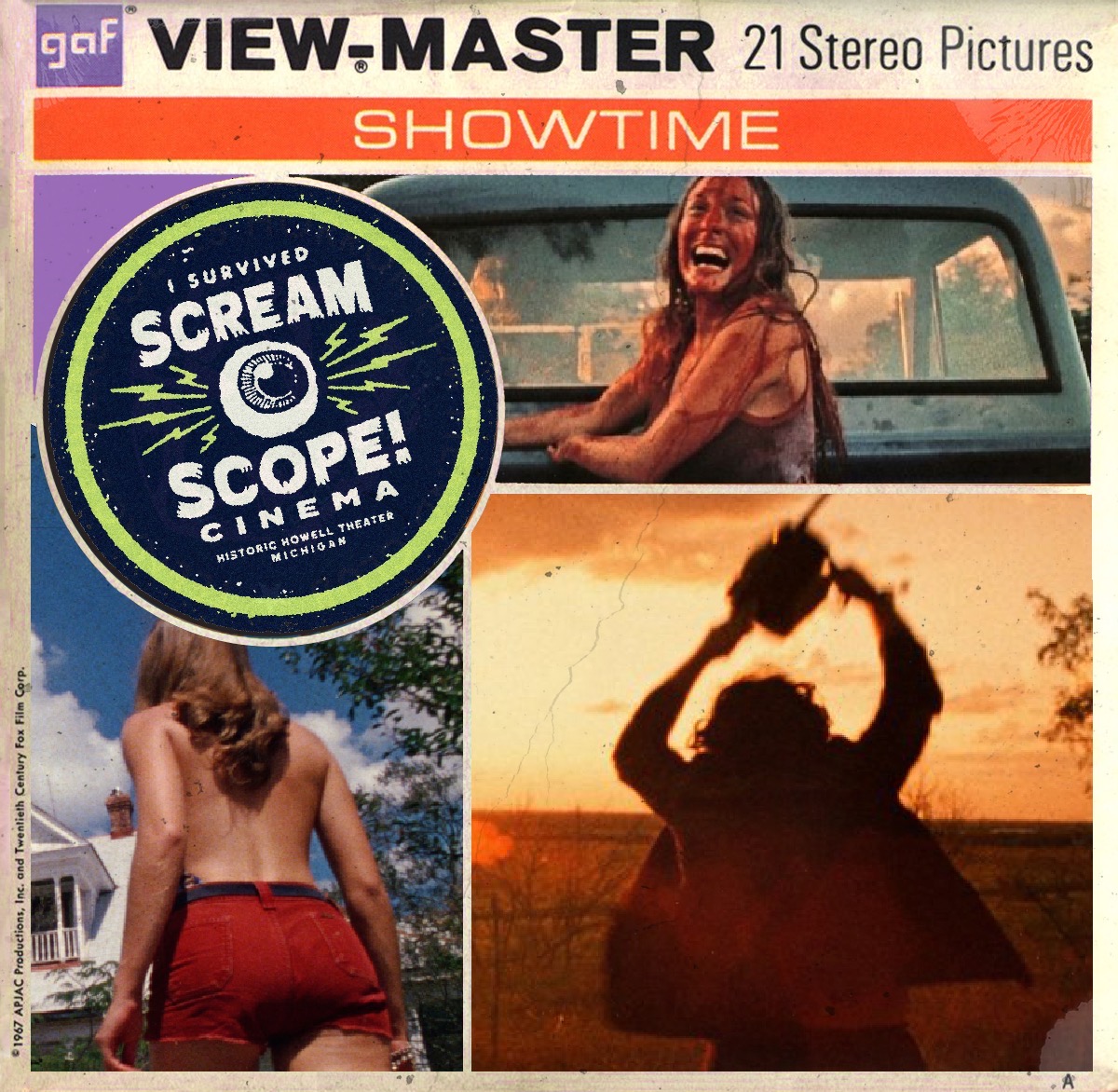 “READY TO SLAY THE SUMMER”: THE TEXAS CHAIN SAW MASSACRE

“For them an idyllic summer afternoon drive became a nightmare…” For 46 years, Saturn has been in cinematic retrograde, and the indelible imprint of Hooper’s 1974 classic upon the cultural zeitgeist has never been stronger. Tobe Hooper’s harrowing art-film of harrowing proportions remains an authentic nightmare in every sense of the word, and the Teenage Werewolves Horror Film Fiend Club is proud to kick off the summer season with one of our very favorite genre films, THE TEXAS CHAIN SAW MASSACRE. Part road-movie, part social commentary, and pure un-distilled, existential brilliance, Hooper’s film is one that needs to be experienced by any and every cinephile. SCREAM-O-SCOPE CINEMA! couldn’t be more excited to pose the the question “Who will survive…and what will be left of them?” and, yet again, unleash THE TEXAS CHAIN SAW MASSACRE upon the world.