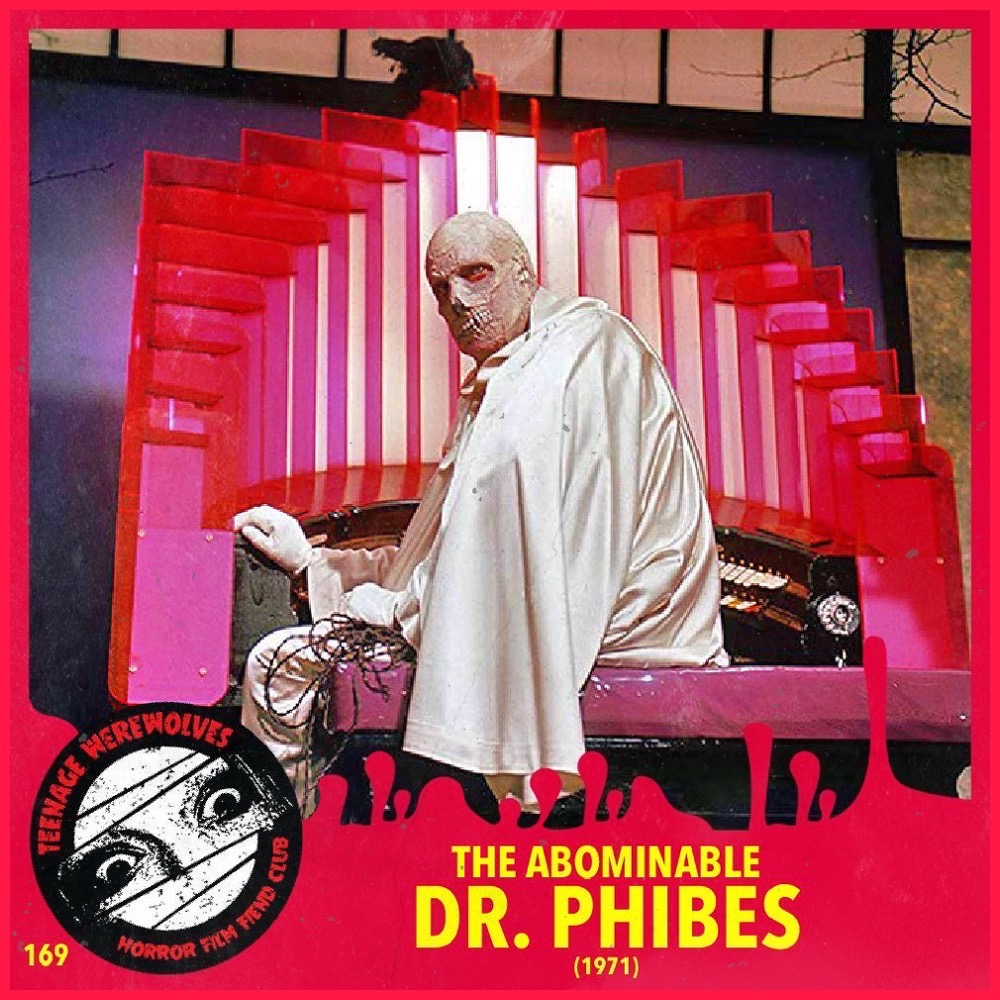 On this day in 1971, Vincent Price maniacally commands the screen as the abominable Dr. Anton Phibes — a genius of music, theology, and of murder most foul, long thought to be dead and gone — a man hellbent on carving a vengeful and bloody swath through London’s medical community…all to the infectious swing-stylings of his animatronic band, The Clockwork Wizards.

Directed by Robert Fuest from a screenplay by William Goldstein, what unfolds is far more camp than chills, of course, but it is truly an enigmatically magnetic piece of cinema, as full of bizarrely inventive deaths and gallows humor as it is Art Deco flourishes and brilliant visual design. Price electrifies as the pantomiming Phibes — a pitch-perfect pulp villain seemingly yanked from the comic pages of yesteryear — summoning a performance that is equal parts pathos, prestige, and quiet menace, all to the tune of a wry sense of black comedy. Phibes’ expert knowledge of acoustics, however, allow for Price to revel in some riveting vocal performances throughout the film as well, coolly jacking himself into a phonograph so that the world may hear his lamentations of grief-stricken rage.

Awash in a garish color palette and loaded with eclectic imagery culled from the Biblical plagues of Egypt, there is an overt pop-art sensibility to the proceedings that play beautifully off of Price’s more Victorian, melodramatic stylings, resulting in a surreality that few films possess; the aforementioned divergence of Price’s voice from his physical performance only adds to the uncanny, phantasmagorical quality of Fuest’s film. The dark comedy, too, juxtaposed against the bloody revenge-plot augments the offbeat grotesqueries (about which Vincent Price cavorts with relish) imbue PHIBES with something akin to a glam-influenced theatre of the absurd, wherein the 1925 setting is unabashedly full of anachronisms and the drollest of ballroom neo-bastardizations. The wry and dry sub-intellect of Inspector Trout and his bumbling coppers adds a humorously expository element to the murder investigation, establishing the most “British” absurdities for the English-born director to exploit.

THE ABOMINABLE DR. PHIBES remains one of our very favorite Price films — and it remains a highly influential example of horror cinema — so if you’ve yet to submit yourself to the good doctor, do not delay. Interestingly, the shadow of PHIBES is a long one, as it bears an impressive influence upon such films as David Fincher’s 1995 psychological thriller, SEVEN; De Palma’s 1974 neon rock-opera, THE PHANTOM OF THE PARADISE; and, arguably, the entire SAW franchise. Upon the 1971 release, the Motion Picture Guide declared that “The sets are awful, the plot ludicrous, and the dialogue inane…What more could a horror freak desire?” and although the tongue-in-cheek review may doff a gentlemanly (but sardonic) cap to genre fans, it seems to miss the point of Fuest’s production entirely: PHIBES was clearly ahead of its time, where inspired art-direction can carry as much weight as its dramatic lead. One might imagine that Dr. Anton Phibes, upon reading said review, might feed the offending philistine to a ravenous swarm of locusts.

Lastly, those completists in the audience may be interested to know that beyond the 1972 sequel, DR. PHIBES RISES AGAIN, screenwriter Goldstein has self-published an entire series of PHIBES novels. And for those in need of similar frights in the jugular vein, we recommend 1973’s THEATRE OF BLOOD, a film of Shakespearean-fueled revenge which neatly fits alongside THE ABOMINABLE DR. PHIBES delivering another magnetically hammy performance from Price (suffused with his actual acting chops when it comes to the Bard’s great works), and was, interestingly, originally slated to be directed by none other than Robert Fuest.

In this, his 81st film (though billed as his 100th), the Merchant of Menace proves that “love means never having to say you’re ugly,” so prepare for some unicorn impalement and death-by-bat…because the Dr. is most certainly in.