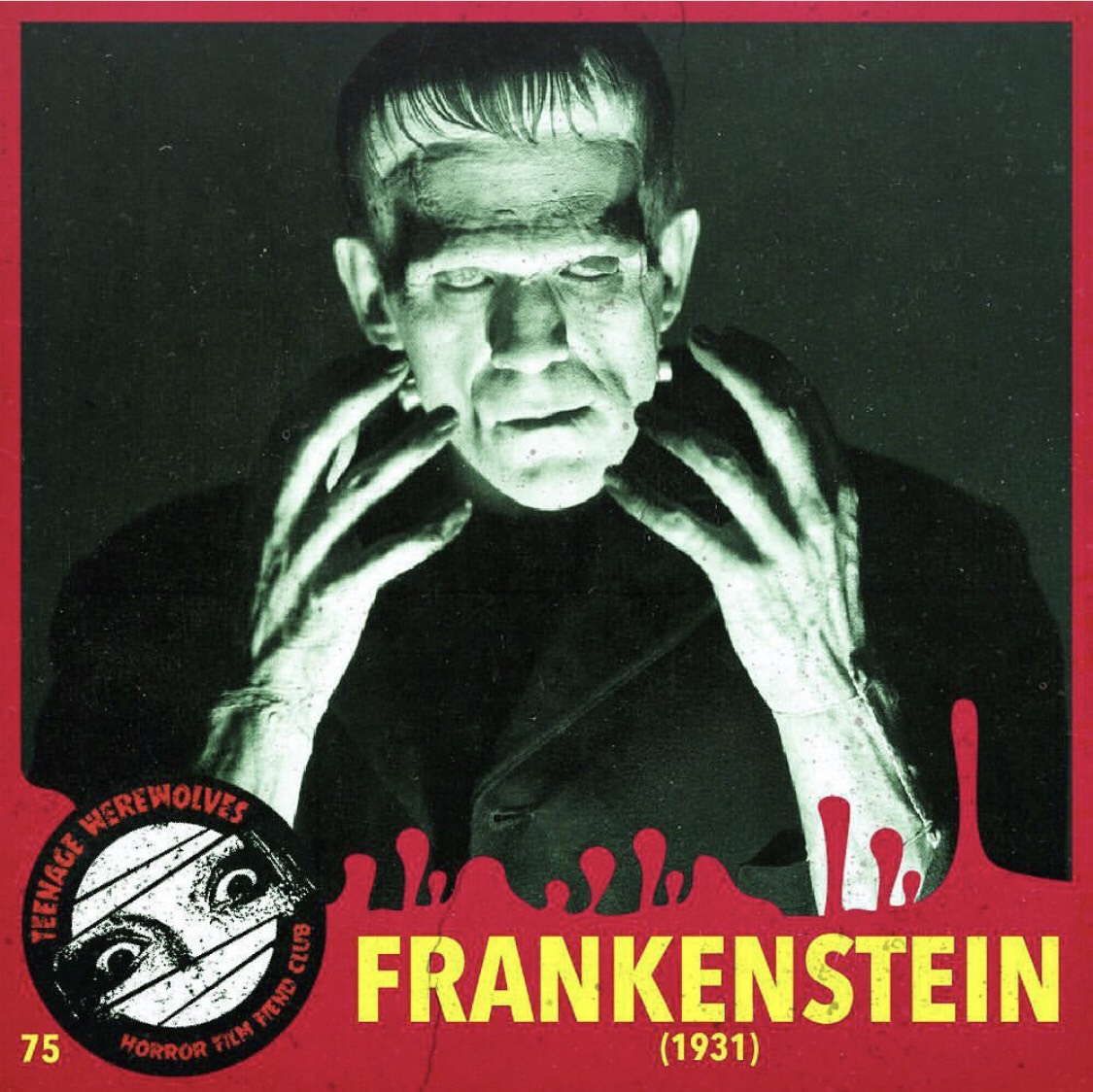 87 years ago, as the wider-world prepared to push itself into the unmitigated horror of the holiday season complete with all the trimmings, James Whale’s production of FRANKENSTEIN is unleashed upon the world where it was immediately regarded as a grisly affair of epic (and exploitative) proportions, igniting controversy and obliterating box office records.

Despite the initial success of DRACULA before it, Whale’s film was the first to truly save Universal financially, and is a stylistic stark exercise in visual flair (unlike the somewhat wooden, stage-y proceedings of the John L. Balderston screenplay of the Bram Stoker property before it). Originally conceived as the brilliant notion of Robert Florey — eventually eclipsed and unceremoniously replaced by Whale as director — the FRANKENSTEIN that came to be, complete with Karloff’s nuanced performance and Jack Pierce’s inimitable make-up, was the result of many hands making magic, and has since yielded countless imitators. At the time of its release, critics and reviewers “were generally impressed by its artistry and the way it ripped a kind of raw poetry out of a charnel house of horrors, [but] wondered whether viewers were ready for such nightmarish stuff” (Everson 37). Indeed they certainly seemed to be, and, arguably continue to be: Until it was eventually left off the revised list in 2007, FRANKENSTEIN was ranked #87 on the American Film Institute’s “100 Years…100 Movies” list, indicating its lasting impact on cinema and cinema-goers. Shelley’s story of one man’s obsession with (and utter lack of responsibility for) toiling where humanity was not meant tread, resulting in his destruction at the very hands of his creation is one that has enraptured readers for more than two centuries — similarly infatuating a host of filmmakers along the way. “'[The film] gave me a chance to dabble in the macabre,’ Whale told the New York Times in 1931. ‘I thought it would be amusing to try and make what everybody knows is a physical impossibility seem believable,’” and in this Whale certainly succeeded, employing a myriad of techniques to breath life into his story of man and monster (Pfeiffer). Whale uses like so many brushstrokes, aligning the film to those of the silent era much more so than its contemporaries; it is far more NOSFERATU than it is Edmound Goulding’s GRAND HOTEL (1932).

One of the more unique aspects of this film is Whale’s reliance on imagery alone, rarely (if ever) punctuated by a musical score of any kind. Often, it is precisely these moments, where anything of seeming excess is stripped away, that infuse the film with its grimmest moments of horror; the moments become far more theatrical, in a classic sense, and yet never stagey or wooden — Karloff, for instance, is often allowed to loom with nothing but his lumbering footfalls to accompany him. Within the expressionist leanings, there is almost a stark realism present here as well (unlike many of the pictures to follow; 1939’s SON OF FRANKENSTEIN, especially) and Karloff’s performance is one for the ages — the pathos almost seems to pour from the screen, paving the way for the even more nuanced performance to come, in the beloved 1935 sequel — and the film is played for shocks, though diluted by time they may be. If BRIDE OF FRANKENSTEIN is Karloff’s Monster undergoing his wild, teenage years of monstrous maturation, then Whale’s 1931 original is certainly a portrayal of the Monster in his utter infancy. His initial appearance — an entrance delivered as backward as the new-born creature is at this point —purportedly terrified the aisles, though reports of widespread “faintings” seem to be greatly exaggerated (one can almost catch the faint whiff of the Universal publicity machine waiting in the wings). The discovery, in the 1980’s, of the film’s lost footage—notably the lakeside death of Maria — has only added to its legacy, let alone the tragic nature of Karloff’s monster. Although not the first, in many ways, the integral trappings of the genre begin here…and Whale’s film remains a master’s class in atmospheric horror. The minimal music–interspersed occasionally, and bookended by what somehow feels like chaotic solitude only adds to the German expressionistic overtures (an element that would be exploited to full effect in Rowland V. Lee’s 1939 addition to the series, SON OF FRANKENSTEIN), conjuring sequences and atmospheres as at home in the pages of fairytales as it is in the traditions of the Grand Guignol. FRANKENSTEIN deservedly remains a first-class chiller and bears an inestimable influence upon the worlds of science-fiction and horror, bestowing monstrous hand-prints on limitless Universal (and Hammer) pictures to follow, as well as everything from Stuart Gordon’s RE-ANIMATOR to Ridley Scott’s BLADERUNNER.

From the pre-credit sequence of Edward Van Sloan breaking the fourth wall in a showman’s fashion — ensuring the audience steel their nerves — the final reels of the fiery and climactic conclusion, FRANKENSTEIN is what scholar David J. Skal calls a film “caught between humanism and mechanism” released in the “American abyss” of 1931.

Everson, William K. Classics of the Horror Film: From the Days of the Silent Film to The Exorcist. Citadel Press, 1974.

Pfeiffer, Oliver. “Why Are Film-Makers So Fascinated By Frankenstein?” BBC.com, www.bbc.com/culture/article/20160202/why-are-film-makers-so-fascinated-by-frankenstein. Accessed on 22 Jan. 2020.