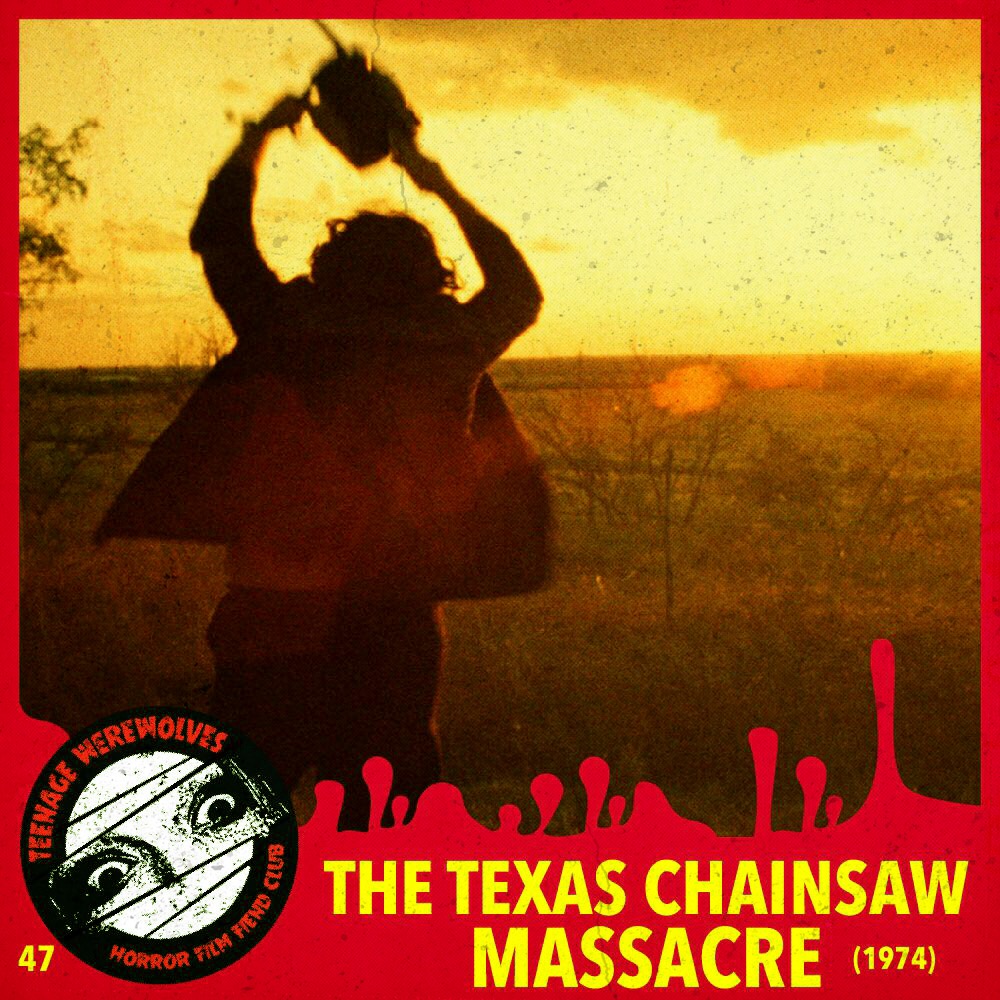 “For them, an idyllic summer afternoon drive became a nightmare…”

October 1, 1974. Saturn was in retrograde, and if we are to take the radio reports with any modicum of seriousness, this may be the sole reason for the brutal events that unfold before us: The planets are merely out of alignment for these young wayfarers, and fate is a cruel beast indeed.

Tobe Hooper’s film remains an authentic nightmare, plain and simple. It has no narrative closure, no real explanation beyond the “wrong road, wrong house, bad day” predicament, and it seems to be…dangerous, perhaps even directed by a dangerous man. THE TEXAS CHAINSAW MASSACRE is almost existential in its void of reason or predictability, and even in its lack of safety, both for the viewer and the characters. We come to the conclusion — as does Sally — that awful things are capable of happening in this blasted, Texas landscape, and within the walls of this decrepit farmhouse, they will. It is also a film that pre-dates the eventual slasher cycle, and thus, is ahead of its time.  A review in a 1974 edition of The Washington Post damned Hooper’s post-modern horror-show as an excuse for excessive violence, declaring that “watching this film is like watching target practice with human beings…” and that it is a “who-gets-it-next” film rather than a whodunit (Shales). And yet, it is far from a mindless affair, obsessed with bloodletting for the sake of bloodletting. In fact, that same year, Roger Ebert — despite seeing the film as “gruesome and blood-soaked…[and] a real Grand Guignol of movie” — also argued that Hooper’s film is “some kind of weird, off-the-wall achievement…well-made, well-acted, and all too effective.” He even (unbelievably) had a few other positive thoughts regarding the film as well. There is, of course, an impressive body count by the close of the last reel, but the real target of the massacre seems to be the free-loving hippie culture of our protagonists…at the hands of the more traditional (if we can peer through the murk) family dynamic of the conservative ethos. Is this, then, Hooper’s implicit intent? A 1976 issue of Harper’s, though, argued against any rationale of metaphor and meaning, calling CHAINSAW “a particularly foul item in the currently developing hard-core pornography of murder.”

What is it about THE TEXAS CHAINSAW MASSACRE that makes it such a polarizing example of cinema? Is it the film itself — visceral and as postmodern as it is brutal — or is it more about us, the viewer, and all that we bring to the table with us? Or is Hooper’s film simply a terrifying treatise on the randomness of the universe…that when the stars swing out of alignment, everything goes to hell, and no one is safe, and the monsters go unpunished? Whatever disintegration Hooper’s masterpiece speaks to, it shouldn’t stop you from giving this one another view this week in celebration of its sheer existence. This film, simply put, is a goddamned gift. Leatherface misses you…so stop by to see him, and grab some barbecue.  Sally Hardesty’s eyes say exactly what we hope everyone takes away from a good horror flick experience, and so, during last year’s screening season, the Teenage Werewolves Horror Film Fiend Club adopted those haunting peepers as the official logo…proof positive as to the potent influence of untold magnitude.