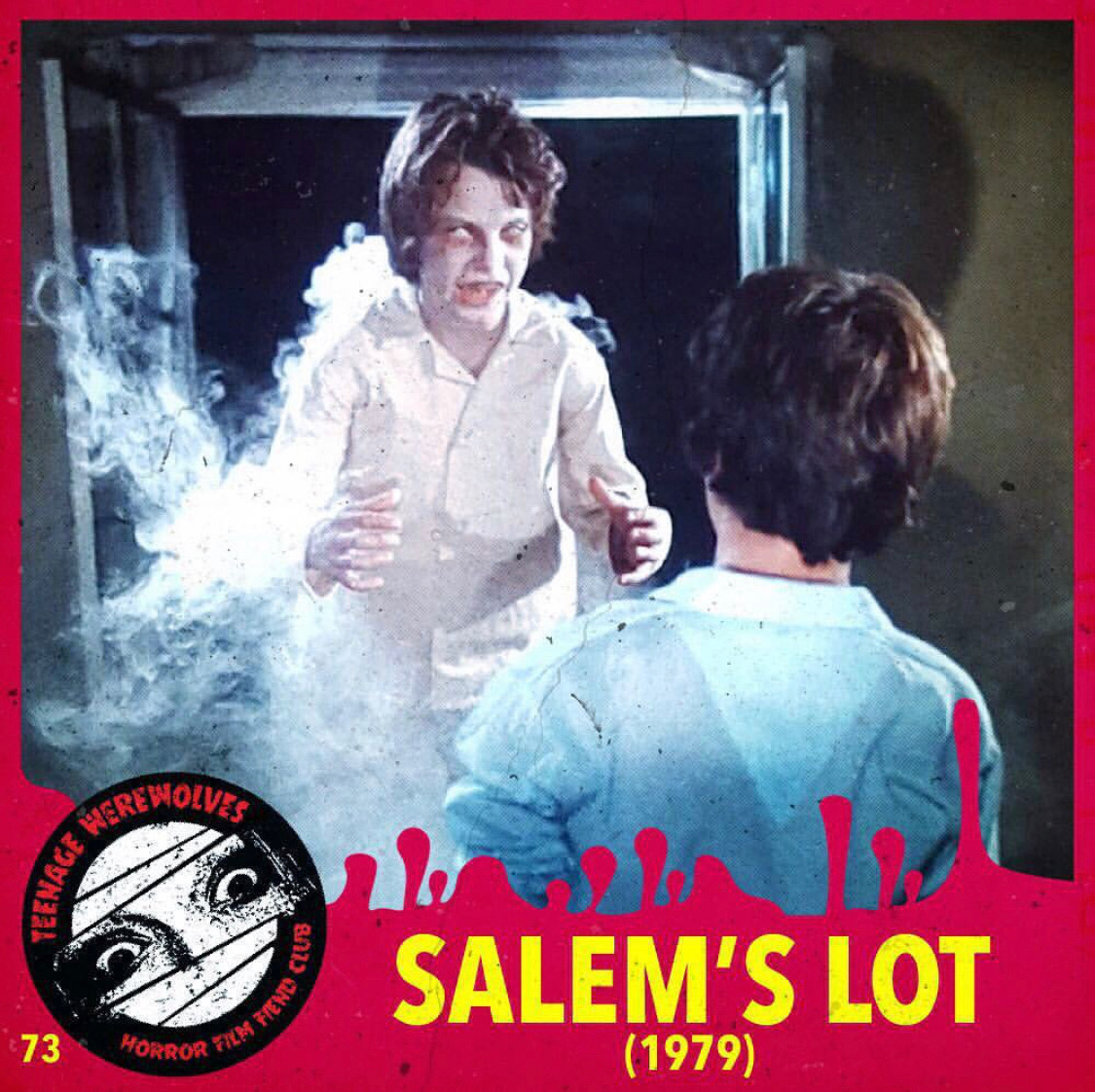 “The house was a monument to evil…sitting there all these years…holding the essence of evil in its smoldering bones.”

The year is 1979, and 38 year-old producer, Richard Kobritz, sinks his fangs into a property that had, oddly enough, gathered considerable dust at Warner Brothers studios. It was the second novel by a fairly new, but — even then — best-selling author from Maine.

Based on the 1975 novel by Stephen King, the SALEM’S LOT production was originally meant for film (with William Friedken showing interest in producing), but after falling into studio obscurity was rescued by Kobritz, slated for TV, and eventually assigned to director Tobe Hooper. The story behind what is arguably one of the greatest “television-horror events” ever is fascinating, and the end result stands as one of the more beloved and respected adaptations of the genre. For many — this author included — Hooper’s production is pure horror “comfort-food” and a cinematic security blanket of sorts; it is a study of both character and place and is not only compelling, but familiar…and yet never feels worn or hackneyed. King’s small New England town always seems just around the corner of our minds, just a stretch down the rural highway of our own collective cinematic universe.

The source material trains its critical eye upon the sedate death of small-town America, and even King himself stated in his 1987 interview for The Highway Patrolman that this was his favorite story, “mostly because of what it says about small towns…they are kind of a dying organism right now.” In exploring this slow demise, King — along with Kobritz and Hooper — resolves to bleed these fading institutions dry. The pastoral decay, however, may have settled in long before the click and clack of King’s typewriter, or the rolling of Hooper’s camera. Beyond King’s powerful tale of vampiric infestation within an insular community (where the plague of evil serves as a metaphor for the immoral, secret lives of the ‘Lot’s inhabitants) the Hooper/Kobritz interpretation goes for the jugular, attempting some vicious tack within the television format, striving to redefine (if not create) “modern televisual horror.” They, in fact, succeeded.

The series’ writer, Paul Monash, elects to eschew much of the narrative and character development, yes, but this is mostly out of necessity as required by the televised format. Regardless, Monash is able to pack in a considerable amount within his 190 page teleplay, and the filmic result is rife with brilliant flourishes: we must consider the autumnal atmospheres that pervade the project entire; the emotionally effective score by Harry Sukman; the make-up effects, and the approach to lighting those swirling mists that often enshroud the screen; the ensemble cast, boasting the talents of James Mason, Fred Willard, Geoffrey Lewis, David Soul, and Bonnie Bedelia; the re-tooling of Barlow’s character into a brutal (and mute) force of nature; that beautiful title-typography culled from WEST SIDE STORY; and the insidiously rotten hulk of the Marsten House itself, presiding over the town’s events like a beacon of doom— a facet of the production that swallowed a majority of the $3.9 million budget. Hooper was overtly conscious and incredible deliberate regarding the similarities between Marsten House and farmhouse at the center of THE TEXAS CHAIN SAW MASSACRE, where the interiors mirror the inhabitants; the damp, peeling walls of Straker and Barlow’s dwelling are almost lesion-like and depraved, suggesting both the insidiousness of their intentions, as well as the turpitude of the town itself. Not surprisingly, with the omission of any aspect of the source material also come alterations, and several changes were made to Stephen King’s novel (described by the author as “Peyton Place with vampires”), the most obvious being the retooling of Barlow’s aristocratic, lusty charmer into the blue, NOSFERATU-inspired monstrosity we see upon the screen; this re-characterization remains a polarizing issue for many, King included. The relocation of the vampire den and the absence of several characters work just fine, and Hooper’s direction is both dynamic and sure; he brings an established air of televised melodrama to the forefront, not unlike the potboilers of that era’s daytime programming.

It is interesting to note, however, that Kobritz originally favored John Carpenter as director for SALEM’S LOT, but he proved to be deeply invested in prepping for 1980’s THE FOG, his second feature. Years later, Kobritz would put Carpenter in the driver’s seat of another popular King adaptation: 1983’s CHRISTINE. Though Hooper offers us an unsettlingly realistic portrayal of a small town eroded by a lesser Dracula, one can only delight at the consideration of what Carpenter would have done with such rich seeds. In celebration of its original airdate, we urge you to revisit the ‘Lot. Walk its empty streets, and peer into darkened windows, for this, dear Fiends, is horror perfection. Be kind, rewind, and press play…time to face The Master!